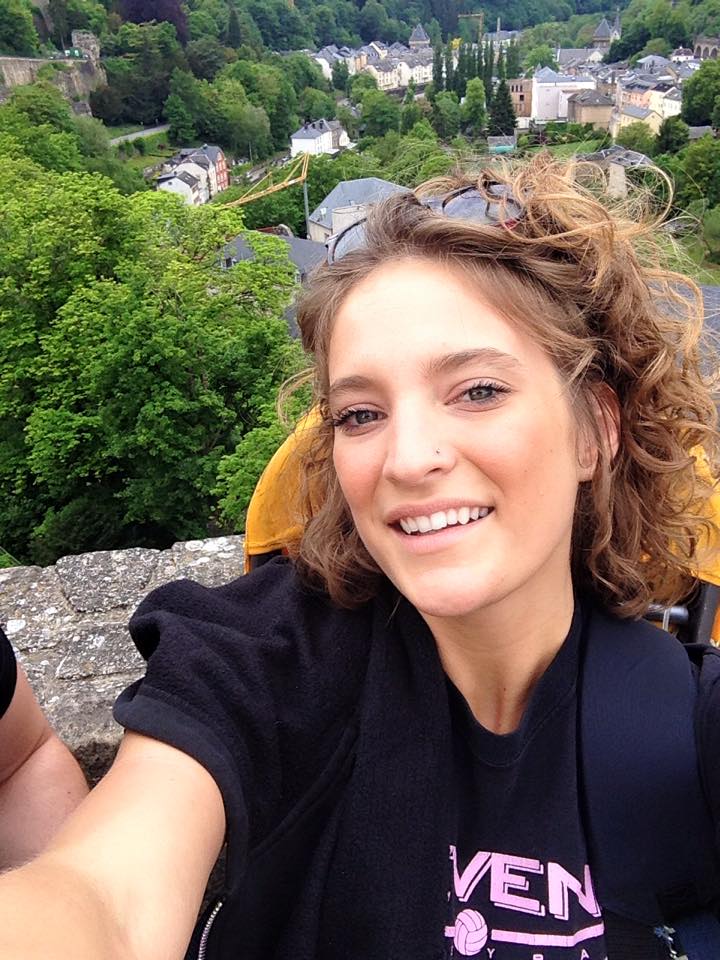 Why did you choose Italian as your major?

It’s funny when I think back to the reason I first wanted to pursue the Italian language. I was in
high school and I had a crush on a boy. He had decided he was going to take Italian, so I
decided to do the same; however, it wasn’t long before I realized I was far more interested in
the course than this boy. In a way that sounds almost too corny to believe, Italian was the first
thing I had ever studied that spoke to me; everything about it just made sense. The idea of
being able to communicate with a people I neither knew nor knew anything about was just too
beautiful to pass up. Almost instantaneously after choosing to study the language in high
school, I knew without question it would be the major I chose to pursue at a university level.

Being able to comprehend more than one language is what bridges the gap of
miscommunication between people, and I find nothing more satisfactory than being able to
cross that bridge for myself. It’s just so beautiful, finding yourself lost in a moment, surrounded
by new friends and comrades all flying through the details of their day in a language that just a
few years ago, you didn’t know a single word of. It’s a surreal moment, because maybe
passersby have no idea what this particular person is saying to you, but you hear it clear as
crystal. You almost can’t explain WHY you understand it; you just do. It’s a powerful feeling.
What is your current position, what do you, and what do you enjoy most about it?
Currently I am not working. Instead, I am pursuing a Master’s Degree at the University of
Urbino in Italy. There is not a single thing about this plan that I don’t love. I’m living in
Fermignano, just ten minutes away from Urbino, where I have made new friends, family and I
life for myself that I never in my wildest dreams could have imagined.

What was your first job after Rutgers and how did you get it?

My first job after Rutgers was managing a restaurant in Weehawken, New Jersey. I had found
the job through a friend of my father. This gentleman was born and raised in Austria, Germany,
and because I had also studied German during my time at Rutgers my father thought it would
be funny to see “my studies in action”; he introduced me to his friend, we spoke in German for
a few short moments, and the next thing I knew I was offered a position managing the
restaurant of the hotel he oversaw as General Manager.

How did you move from that first job to your current position?

In truth, the chain of events that led to my current situation were often less than pleasant. I
experienced an incredible amount of unhappiness working as a restaurant manager, in addition
to several other jobs I encountered more than a year later, followed by the typical questioning
of everything I had ever done in life that brought me to where I was. Why was I so unhappy?
Why hadn’t all of my hard work and studying just magically paid off and presented me with
some life-changing, fairytale job? What was I doing wrong? It was this line of questioning that
eventually brought me to my answer; I loved studying Italian more than anything while I was
still in school, but now I wasn’t pursuing what I had studied. Instead, I felt as though I was
sitting on my education and letting it go to waste. The thought alone was heart wrenching, so I
took matters into my own hands. I wasn’t going to let myself be unhappy, because if not for
anything else, I deserved better. I committed to the idea of starting my life over in Italy, where
I would be consumed by the language that in my hearts of hearts I wanted nothing more than
to fully understand, and after months of preparation, I did just that. I made my life my fairytale.

Looking back, what classes or experiences at Rutgers would you point to as contributing to your
successes?

The Rutgers Summer in Urbino Program changed my life forever. The first time I stepped off
the plane and onto Italian soil, the first look out towards the rolling hills of the countryside from
the windows of the buses we took from the airport to the city, the first breath I lost while
staring at the beauty of the Palazzo Ducale, I was never the same. That summer studying
abroad in Italy was the greatest summer of my life, until this year. I vowed from the moment I
first arrived that I would make my way back to that university, because I had found a piece of
myself there that I had never even known I was missing. It was that same piece I lost for a
while following graduation, when I had stopped doing what I loved for the sake of doing what I
thought was right. But what was right for my friends and my family just wasn’t right for me,
and that was okay. My riches were meant to come from a different kind of success, and it
wasn’t one that could be measured by an annual salary.

What advice do you have for our current Arts and Sciences students?

Follow your hearts. It sounds silly, but it’s incredible when you think about just how many
people overlook the due diligence to oneself. Not everything you study needs to be chosen
with the conscious decision of a financially fortuitous future, but that doesn’t mean others who
choose to do as such should be condemned for their choices. What works for one person may
not necessarily work for someone else, but as long as you find happiness in what you have
chosen to pursue, there are no wrong decisions to be made. Just keep your heads up, and
search to find that special something that just makes sense to you, because it’s out there. It
may not necessarily jump out and bite you on the end of the nose, but all the best things in life
take a little extra digging sometimes.