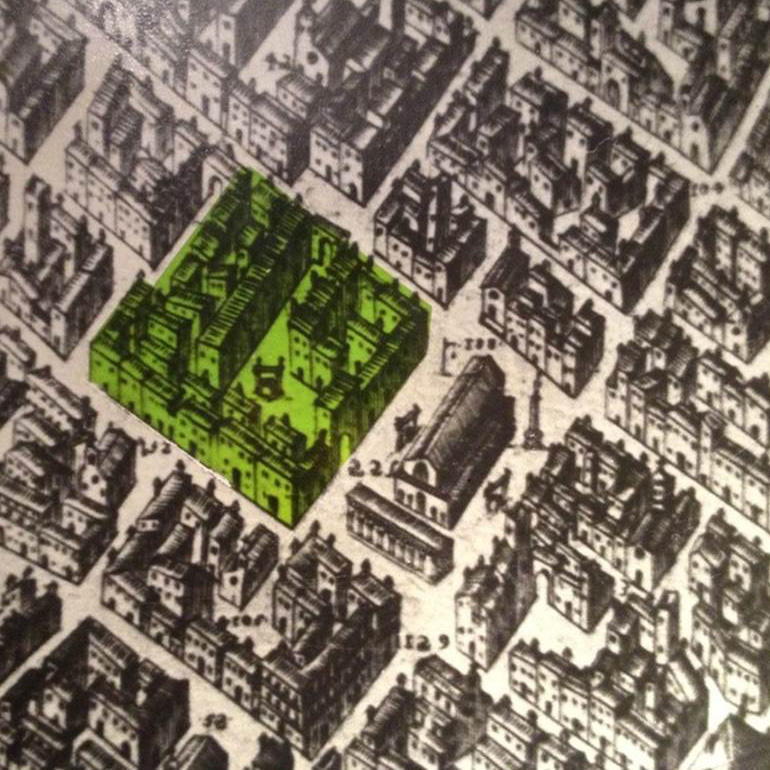 Meet Medici Archive scholars Alessio Assonitis, Gabriele Mancuso, and Lorenzo Vigotti, who have digitized the documents pertaining to the establishment and preservation of the ghetto. Learn about how they’ve mapped the area and reconstructed the exterior and interior of some buildings in Florence, Italy. Wed. 2.21.18 @ 4:30pm Rutgers Academic Building, 15 Seminary Place, Room 1170. The event is free and open to all.

Alessio Assonitis, Director of the Medici Archive Project since 2009, was born and and schooled in Rome and received his doctoral degree in Renaissance art history from Columbia University in 2003. He has published extensively on the Italian Renaissance, including a monograph on the fifteenth-century painter Bastiano Marinardi (IMA, 2011) and a collection of essays on the history of the Medici archive (Brepols, 2017). He has received fellowships from the Samuel H. Kress Foundation, National Endowment for the Humanities, Allen Whitehall Clowes Foundation, and Florence Gould Foundation. He served as Principal Investigator for digital projects supported by the Andrew W. Mellon foundation, including BIA (2010-2012; 2013-2014) and MIA (2015-2017; 2017-2019). His edited volume on the life and career of Grand Duke Cosimo I is due out in the fall, published by Brill.

Lorenzo Vigotti has a M.Arch. from the University of Florence on the Palazzo Datini in Prato and a M.Phil. from Columbia University, where he is currently working on his Ph.D. dissertation project on the origin of the Renaissance palace (1380-1440)  under the supervision of Prof. Benelli and Prof. Cole. He is currently associate professor at the School of Architecture at the University of Utah; he also taught seminars on Italian architecture, the architecture of New York and Florence, introductory courses on Western Art, and on the relationship between architecture and propaganda. As a trained architect, he worked in Florence in an architectural firm, focusing on structural problems and preservation issues in medieval and Renaissance architecture. His interests include cultural exchanges between Europe and Islam during the Renaissance. Since 2016, Lorenzo received a Kress Fellowship and joined Prof. Mancuso's Program on Jewish History and Culture in Early Modern Europe at the Medici Archive Project, where he is in charge of the study and architectural reconstruction of the now lost Florentine Ghetto during the Medici rule.