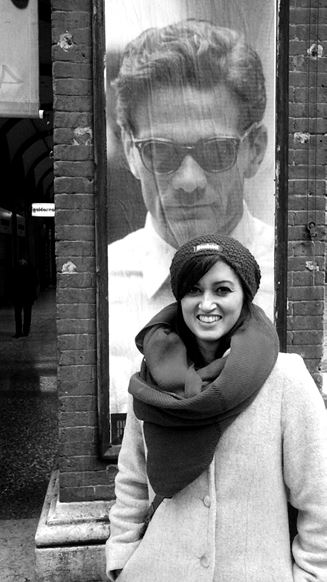 manuscripts at the Biblioteca Nazionale Centrale in Rome in order to advance her reading of filmic and narrative space, which places Pasolini’s theory of a “cinema of poetry” alongside Heidegger’s work on dwelling by examining the lesser-known, yet precious, insights of Morante on cinema. This will help her formulate a more complete theory of cinema and dwelling by tracing connections between urban space and subjectivity in Pasolini’s and Morante’s works.

Eleonora Sartoni (This email address is being protected from spambots. You need JavaScript enabled to view it.) received both her B.A. in Modern Languages and Literature (2005) and her M.A. in Modern Languages and Intercultural Studies (2010, summa cum laude) at University of Siena, where she completed a major in English (minor in German). Her MA dissertation “Percorsi Tematici Trasmediali: da The Tempest a Lost” explored postcolonial, Freudian, gender, and postmodern rewritings of Shakespeare's The Tempest. Her PhD dissertation “Spectacular Capital(ist) City: Wanderings through Rome from 1870 to the Present” analyzes modern and contemporary Italian cultural production that highlights the city’s singular role in forging Italian national identity through monuments and urban plans. The texts under consideration reveal that the Italian state’s at times frantic, superficial, and spectacular modifications to Rome’s urban structure reveal the nation’s frustration with its perceived “backwardness” or “belatedness” with regard to European modernity. Eleonora’s research interests include cinema, urban studies, biopolitics, mysticism, and literature investigating the relationship between body and society.